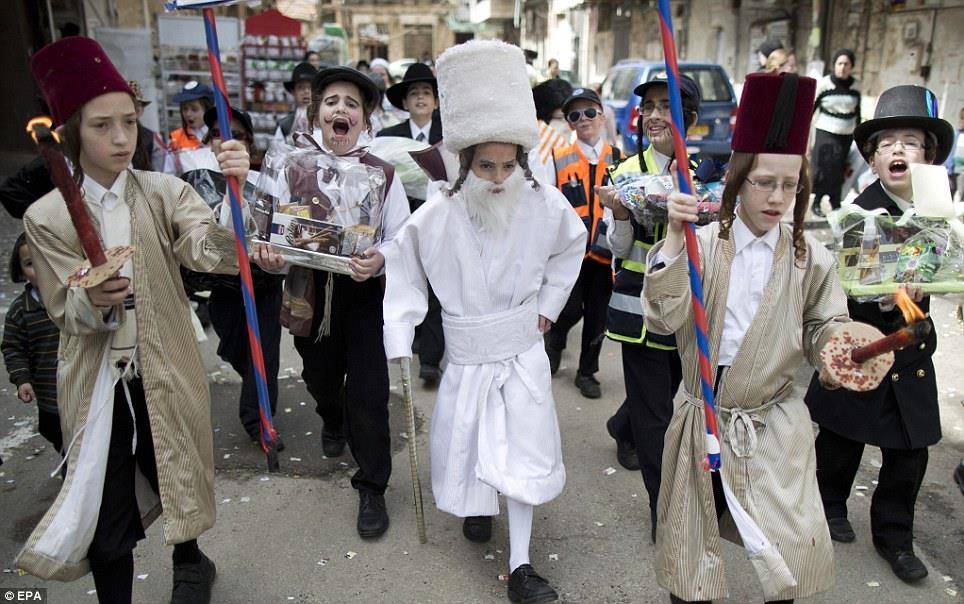 WHERE: The Dark Horse (click to view on Google Maps)

According to the Boob of Esther, Hymen, royal advisor to King Xerxes I of Persia, planned to kill all the Jews in the cockdom. Butt his dipshit plan was foiled by Mordecai and his spawn Esther, who pussywhipped Xerxes (by getting him shitfaced) and became Queen of Persia and saved her marshmallow peeps.

Today we celebrate this union and drink (and drink and drink (as the ancient Rabbis command)) until you can no longer tell enemy from friend aka. extreme blurred vision, thoughts, and judgement ;-). (Seriously, thats how Jews do it.)

Expect all the finest Jewish beverages while we ignore being shomer-fucking-shabbos and run on Saturday.

In the Talmud, Rabbi Rava instructs us to “drink until you can no longer distinguish between ‘Cursed is Haman’ and ‘Blessed is Mordecai.'” Costumes are often involved. Sounds hash appropriate to me, so we’ll be doing that while running through the snow. Come get stupid drunk on kosher wine in your Hash finest for Purim.

Noisemakers (a gragger/ratchet is traditional, a whistle will do), warm coats, an ID, sacrificial virgins, hash cash, loose morals, hamantaschen, deeply rooted hate for Hymen, great love for the blessed cunt Ester, a thirst for beer, cranium lamp (if you’re going to get lost), a desire for cheap Israeli beer and cheaper American beer, Easter eggs.

Meet and pre-lube at the Dark Horse—on Baseline just west of 28th, tucked away behind the McDonalds

On After: Back to the Dark Horse for beer, food, and warmth.