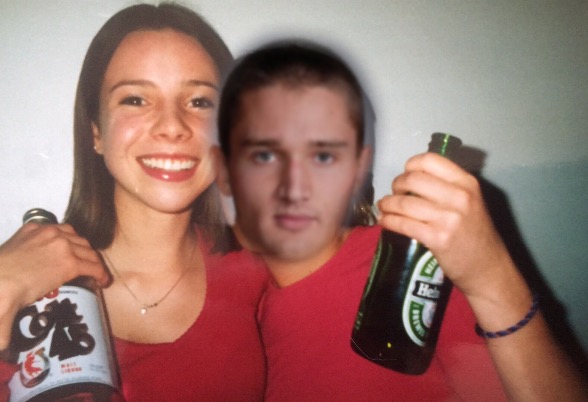 Chasing small people dressed like Catholic school girls is no longer just for Amber. Come hash and live out all those milestones you missed in high school: drinking behind a gas station, getting fingered, having friends. Just like the handjob you got when you were 14, this will be terrible and there will be lots of chafing. Dress like your high school self. For example: Truckstop should dress as a homeless-looking person who gets picked up after school in an $80,000 Lexus. Cummingtonite will come as the pretentious theater nerd who “well actually-ies” the teacher. Amber can dress like students did in the 70’s. Mach can dress like he does regularly.

HARES: Weighing in at a combined 92 pounds, AACS and S4V.

WHY: Because the Eagles are going to the fucking Super Bowl and Cumstain needs stuff to distract himself. And because when one male ejaculate hares, all male ejaculates hare!

BRING: $7 for a cup, a condom that has been expiring in your wallet for the last 3 years, your fake ID, high school clothes, teeth, a hand-drawn picture of what you think Brrrrgh looked like in high school, the motherfucking hash-it, $8

KIDS: leave the seed at home

ON-AFTER: Semen’s parents are out of town for the weekend, but there are also concerts for ages 16+ that night…

There’s some bus and also a bike path or some shit. Or have Beano’s mom drop you off.